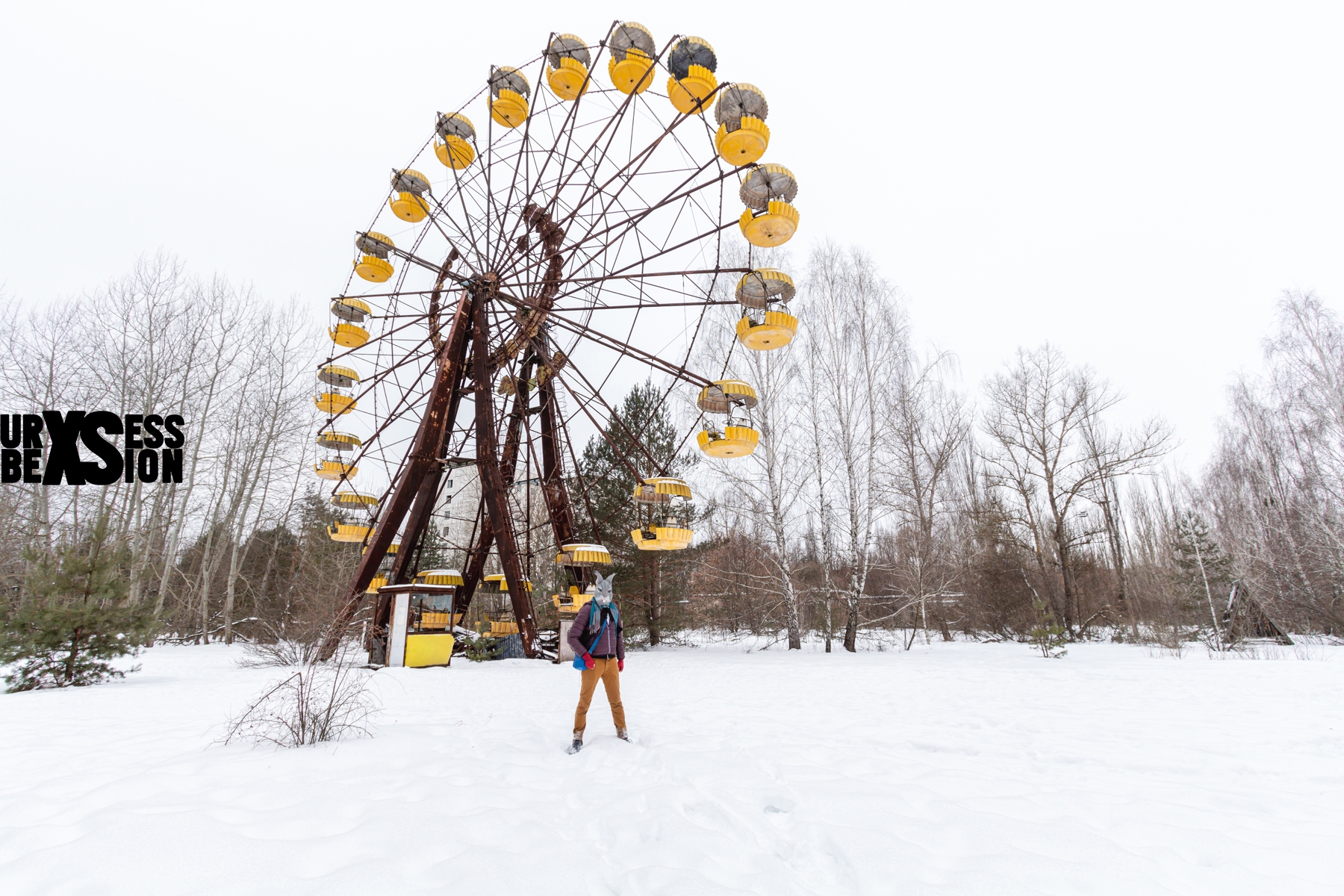 People react in different ways when you mention this city. They don’t imagine our interest for this city but most of urban explorers dream to visit Chernobyl and the abandoned city of Pripyat. Since the disaster, the town remains unfit for human habitation. On the 27th December 2016, as a late Christmas gift, Planet Chernobyl offered me a visit to Chernobyl.

It’s my first trip to Chernobyl and my first legal visit with a group of people. I need to adapt myself to this type of exploration.

Before to go to Chernobyl, the guide gave us some rules and recommendations. There is a dress code in effect designed with your safety in mind. All the parts of the body have to be properly covered at all times. In other words, you have to wear pants, a long-sleeve shirt/top and closed-type footwear. Taking items away from within the Zone is considered a serious violation of the regulations. Touching of objects, structures, vegetation, animals, or the ground is not permitted.

In the 1970s, the town of Pripyat, was constructed for the plant’s personnel. This Pripyat disaster occurred on the 26th April 1986 because of a safety test. Employees at the plant had turned off the cooling system to do a test on the grid systems responsible for keeping the core cool. They wanted to know if they would have enough electricity even if the power were to go out to allow the unit to still work. Due to this and other issues, the Pripyat disaster took place. It began with a power surge and an explosion of steam that set of a nuclear explosion.

Pripyat population was over 40,000 when the explosion occurred. The town of Pripyat is located less than 3 kilometers away from the reactor. The day after the nuclear disaster, there was Pripyat evacuation, the people were evacuated and told to take their belongings.

The village of Zalissya, just a few miles south of Chernobyl town, with abandoned houses and barns. Most buildings were surrounded by new-growth forest.

In the harbour at the town of Chernobyl, ships lie rusting, encased in ice. The scene has a post-apocalyptic feel.

Some children went to school the morning after the explosion. Most of them knew there had been an accident at the plant, but had no idea that radiation levels were dangerous. Nursery school children had naps every day in these beds. But unlike older pupils, they had no classes on Saturday, the morning after the disaster.

This gigantic antenna system called Duga-3 is located near Prypiat in the Chernobyl area. It was built in the 70’s as an early missile detection system.

The vast cooling tower of Reactor 5, in the Chernobyl Exclusion Zone, the unit of the power plant complex was left unfinished, abandoned in the wake of the catastrophe unfolding just a few kilometres away.

Reactor No 4 at Chernobyl has been enclosed by a vast steel shelter designed to prevent radiation leaks from the site.

The Ghost Town of Pripyat

Nature has been reclaiming the abandoned town.

The Palace of Culture

The Palace of Culture is an abandoned palace of culture located in the town of Pripyat, at the Chernobyl Exclusion Zone in Ukraine.

On Lenin Square, in the centre of the city, the iconic Pripyat fairgrounds and amusement park with the Ferris wheel and the cars which are the best preserved out of all rides.

[VIDEO] Pripyat Swimming pool before the Chernobyl disaster in 1986:

Results of my trip to Chernobyl

At all times while within the Zone, I was accompanied and guided by a certified tour guide who works for the Zone administration. It was difficult as an urban explorer to strictly follow all the instructions and recommendations.

Through Planet Chernobyl, I had the chance to do this trip. This Tour operator is specialized in personalized touring services in Chernobyl and adapt the tour to our interests and desires. 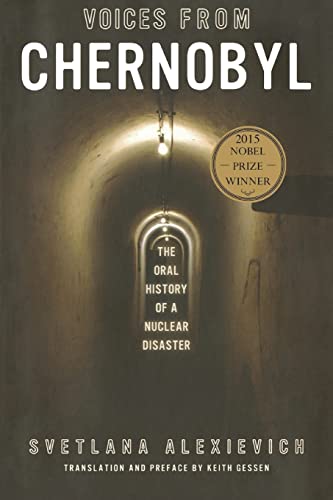 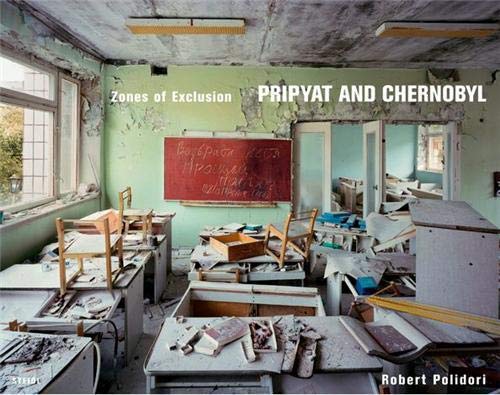 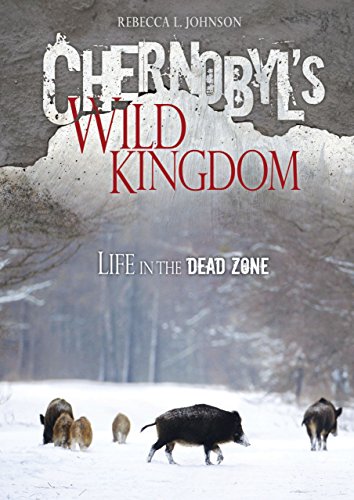 Book to sell on Amazon: 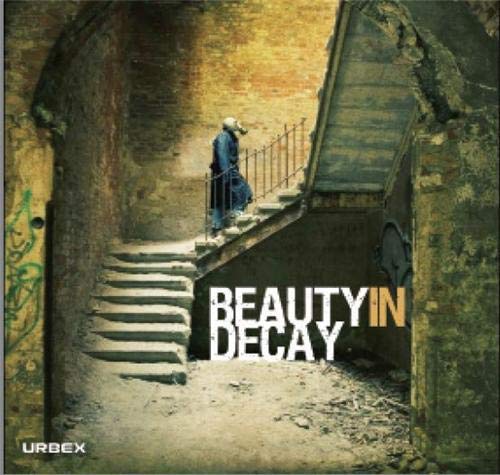 Beauty in Decay The Art of Urban Exploration /anglais
34,28 €
Amazon 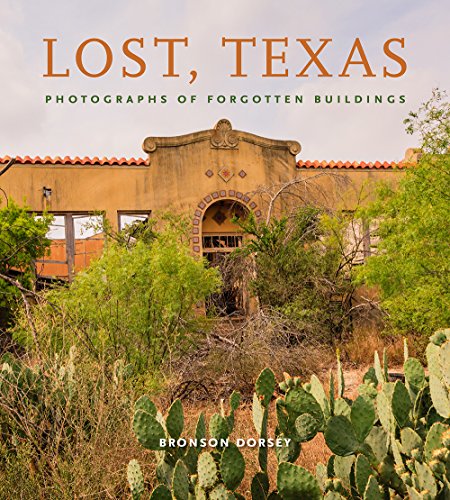 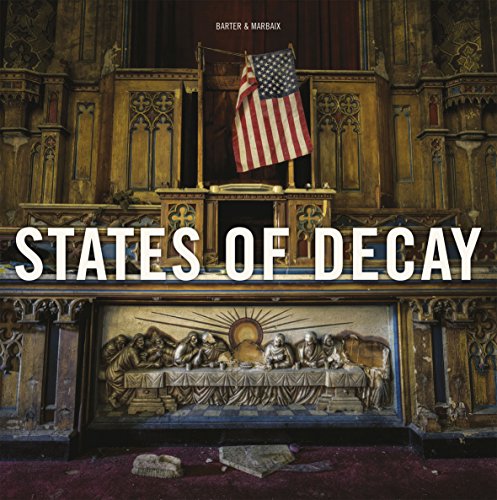 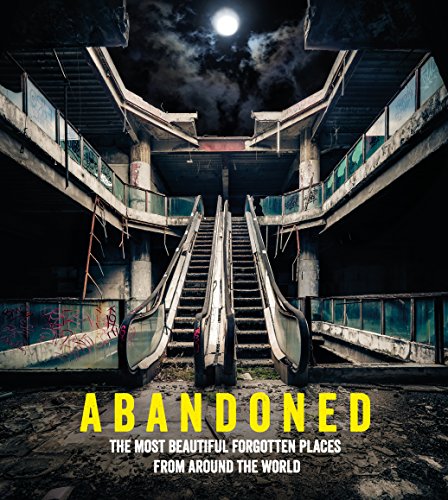 Abandoned: The most beautiful and forgotten places from around the world (Travel) (English Edition)
11,55 €
Amazon 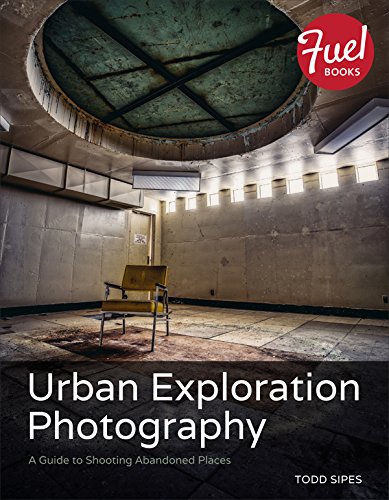 This website uses cookies to improve your experience while you navigate through the website. Out of these, the cookies that are categorized as necessary are stored on your browser as they are essential for the working of basic functionalities of the website. We also use third-party cookies that help us analyze and understand how you use this website. These cookies will be stored in your browser only with your consent. You also have the option to opt-out of these cookies. But opting out of some of these cookies may affect your browsing experience.
SAVE & ACCEPT
Loading Comments...